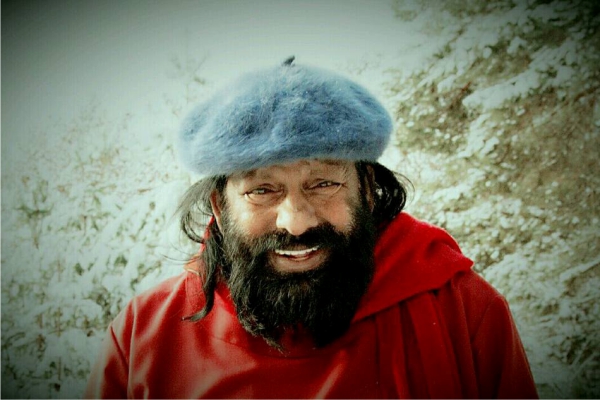 Many great Yogis and Masters live in Himalayas. You may be lucky enough to meet one of them. To do this, you must have the immovable intention and faith, a plane ticket and a visa to India. However, when traveling the Himalayan roads, you can't be sure that you will be lucky enough to communicate with the Great Souls who live there. Mahatmas seem as inaccessible as the high Himalayan peaks, but Himalayas can be much closer than we can imagine.

Himalayas rise above the Earth's surface not for self-assertion or domination. They are not characterized by insolence and spiritual arrogance. Himalayas accept everyone and share themselves with everyone, with the whole world.

Love is capable for great deeds. Love doesn't require reciprocity and doesn't act to get advantage. Love is like the Sun, like the Mother, like the Guru. It happens that Love moves even mountains. Love does a miracle and Himalayas can come to anyone who intends to meet them. After all, Himalayas are in everyone of us. There are Himalayas outside and there are Himalayas inside of us.

This gift from Himalayas is Mahayogi Pilot Babaji. Like the sun, Babaji illuminates the way for many pilgrims on their spiritual path. Meeting him is an opportunity to meet Himalayas that are within us. Being a Himalayan Yogi, Babaji travels the world and helps souls to awaken and gain the most precious - themselves. Wherever Babaji is, this place can be considered sanctified. You can even say that with the arrival of Babaji Himalayas comes. No need to buy a ticket and visa - Himalayas are coming to us, to anyone who has intention and ready for meeting. 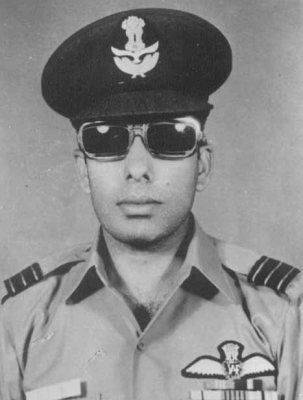 During the service one extraordinary event happend with Kapil-pilot. Kapil led plane which was losing its height and began to fall. Suddenly, Hari Baba appeared in the cockpit. He, by his own mind, pulled the plane out of the corkscrew and landed safely. Happy pilot came out of the plane and with an unknown Baba. The witnesses of this occasion were very surprised, because in addition to the miraculous rescue, the fact that two people came out of the plane instead of one was striking. There, in the air, a moment before his eventual death, Kapil needed to make a decision. Hari Babaji told him: "Either you make a choice and change your life, or you will crash and have no choice." Only after Kapil made the decision Hari Baba landed the plane.

After the plane accident, at the age of 33, Kapil left the Army and perspectives that opened for him. He gave all his property and possessions away and went to Himalayas. No clothes, no food, but with unwavering intent. Only after he met his Guru Hari Babaji again.

Human life is very valuable. Unlike animals, humans have the mind and the ability to imagine. Imagination is the basis of Sankalpa and Kriya-Shakti. This power can lead us from a low consciousness to a higher one, it is able to transform our energies and lead to a divine form as well as to Samadhi. There is no past nor future in Samadhi; Samahdi is always now. Samadhi is outside a mind, time and space. Samadhi is the center of our being. It is the center of Divine Love. To go into this center, you must leave all travels outside and turn inside. It is necessary to stop totally and stop all activities of the mind. Then the most important thing can happen - meeting with yourself, with your Self.

Great luck to meet the enlightened Mahatma in life. But much better is to become enlightened yourself. To do this, you need to overcome the path, you must go through transformation and be born again. There must be two for the birth of a new life - mom and dad. Also there must be two for the spiritual birth - the disciple and Guru. Guru is a bridge, after which we can meet with ourselves. Hari Babaji became such a bridge for Kapil. The union of the disciple and Guru results in the birth of a new spiritual life, and all that is born has its name. So Kapil Advait was named Somnath.

Human life is the highest value. A lot can happen in life, and the most important is a meeting with Death. But this is not the case for everyone. There are those who met with their Self. So Death can no longer come to the one who, being alive, has crossed the line of life, to the one Samadhi has happened with. Many thousands of years can be practiced, but without total renunciation, Samadhi will not happen. If there is no willingness to cross the line of life, then nothing will happen. Guruji can only lead to the line, but we cannot jump through it with the Guru. The disciple must overcome this part of the road by himself. 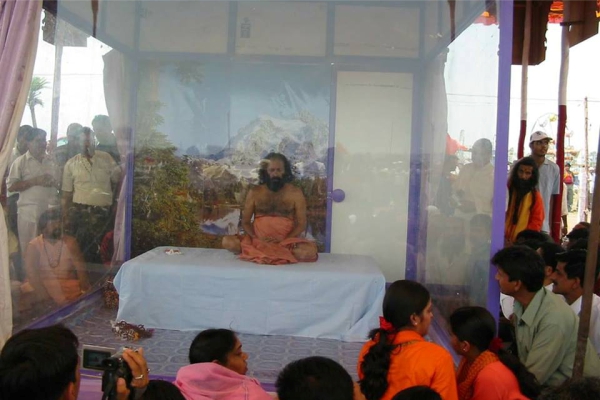 Pilot Baba is the Master who realized Samadhi. He not only met many Great Enlightened Yogis and Mahatmas on his path, but he became one of them. Babaji, besides his Gurudev Hari Baba, had meetings with such Great Souls as Gorakhanath, Mahavatar Baba, Kripachariya, Heidakhan Baba, Avatar Baba, Sarveshvarananda, Mathurdas, Sundarnath, Devrah Baba, Anandamayi Ma and many others.

Pilot Babaji is a great Yogi who has repeatedly demonstrated the power of Samadhi in public. His Samadhi often happened in various unusual places: in ice caves, in snow and water, underground, in a sealed glass cube. Babaji's Samadhi could last from few days to a month and sometimes even longer.

Public Samadhi is necessary to show people spiritual power and to awaken their faith in themselves. Anyone can become a Master and open the door to immortality. There are two types of yogis. Some do everything for their own salvation, while others, after realization, evokes souls and provide support and assistance to those who need.

Your realization can awaken others and be the beginning of their journey to themselves. Your realization is capable to discover the source of the Universal Love, which, like the immortal Amrita, can infuse a lot of thirsty souls. Guru can give Diksa, he can give the mantra and the spiritual name, but the most important he gives is his Immortal Love.

Join the fundraising via online button 'Donate' and choose the most convenient transfer method for you (2.5% fee)